The Blog Ring of Power Presents...
An Interview with Author Terri Bruce

Today I'm thrilled to bring you an interview with...me! LOL! Yes, that's right, I'm the featured guest on the BRoP today. Yes, it's a little bit of cheating, but my wonderful compatriots in the BRoP offered me the opportunity to do a little happy dance on the BRoP blogs today to celebrate the release of Hereafter. Today is also the first day of a new format on the BRoP - interviews will now be posted on Mondays and all five parts will be posted on the same day.

This is part five of a five-part interview. Be sure to check out the other BRoP sites for the rest of the interview:
Part 1 @ T.W. Fendley
Part 2 @ Emily LaBonte
Part 3 @ Sandra Ulbrich Almazon
Part 4 @ Vicki Lemp Weavil


BRoP: You’ve chosen to self-publish your first two novels. Why did you go this route? Have you been happy with the choice?
Terri: I didn’t really want to self-publish. However, after the experience I had this past summer, I became very gun shy about signing with another publisher. At the same time, I had gained so much experience in marketing my books, plus I had very definite ideas of how I wanted my book to look and feel, and I couldn’t get any guarantees from any publisher that they shared my vision, so I decided to self-publish. It was the only way to get the books back to market quickly, looking and feeling like I wanted them to, priced reasonably, and for me to have creative control over my work going forward.

BRoP: What are some things that people considering self-publishing should know before they try it?
Terri: The same things they should know before attempting to get an agent or traditional publisher. A bit about the book market so they can have realistic expectations about how much money they are actually going to make and how many copies of their book they will sell. How to market a book. How to read a legal contract. The various rights that are attached to intellectual property in the publishing world (first rights, serialization rights, revised works, movie rights, audio book rights, etc.) and the best option for selling/exploiting each of those. The various moving parts that go into book production—general editing, line editing, proofreading, interior layout, cover design, ebook layout, etc. How to manage their online persona and presence. LOL—basically people should have a good sense of what they are getting themselves into.

BRoP: In what ways, if any, has self-publishing been an advantage to you as a writer? In what ways, if any, has it been a disadvantage?
Terri: It’s an advantage in that I get everything I wanted for my series—beautiful cover, well laid out book, editing I can trust, control over the price, a higher share of the royalties, etc. The disadvantage is that I have to be the general contractor and do everything myself, which takes time away from writing, and that there is still a stigma against self-publishing so that some doors have closed to me now (such as reviewers who don’t review self-published books). However, I knew what the trade-off was when I chose this route and it was one I was willing to make.

BRoP: Do you have anything specific that you want to say to your readers?
Terri: I can’t even…you guys have overwhelmed me on almost a daily basis since Hereafter first came out in 2012. Thank you! Thereafter (Afterlife #2) is coming out—at long last!—on May 1st and I hope it doesn’t disappoint!

BRoP: What are your current / future project(s)?
Terri: I’m currently about 75% done the first draft of Whereafter (Afterlife #3) and I have a science fantasy/space opera novel in the works that is kind of (but not really) Firefly meets Battlestar Galatica; that is, space cowboys struggling to survive—isolated, alone, and on the run—after their world/way of life is destroyed.

What format is your book(s) available in (print, e-book, audio book, etc.)?
Both print (paperback) and all available ebook formats. And I hope that there will soon be an audio book edition!

Facebook | Goodreads | Twitter | Amazon Author Page | Smashwords Author Page
TERRI BRUCE has been making up adventure stories for as long as she can remember and won her first writing award when she was twelve. Like Anne Shirley, she prefers to make people cry rather than laugh, but is happy if she can do either. She produces fantasy and adventure stories with a literary bent from a haunted house in New England where she lives with her husband and three cats. Her second novel, Thereafter (Afterlife #2), will be released May 1, 2014. 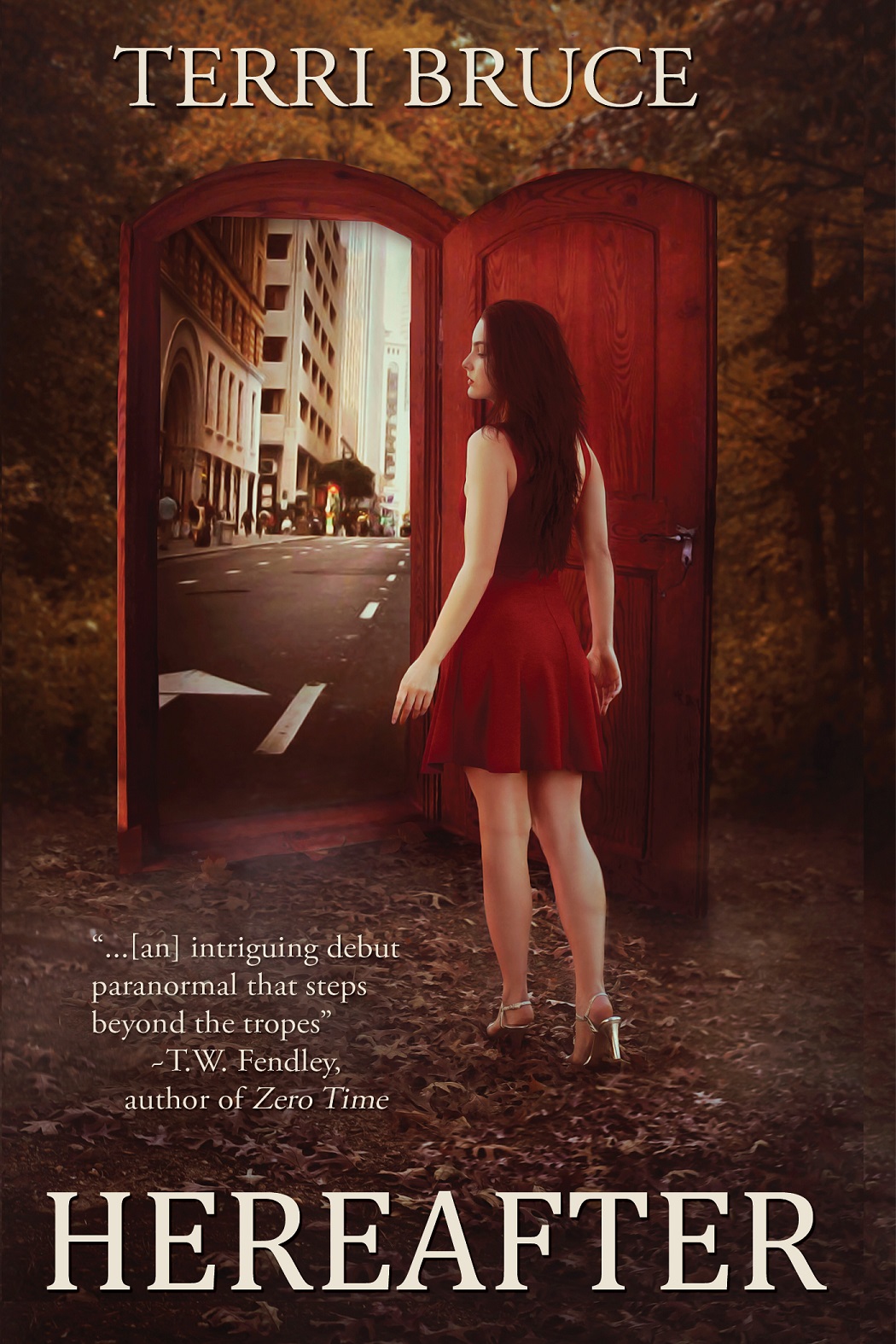 HEREAFTER (AFTERLIFE #2): Thirty-six-year-old Irene Dunphy didn't plan on dying any time soon, but that’s exactly what happens when she makes the mistake of getting behind the wheel after a night bar-hopping with friends. She finds herself stranded on earth as a ghost, where the food has no taste, the alcohol doesn’t get you drunk, and the sex...well, let’s just say “don’t bother.” To make matters worse, the only person who can see her—courtesy of a book he found in his school library—is a fourteen-year-old boy genius obsessed with the afterlife.

Unfortunately, what waits in the Great Beyond isn’t much better. Stuck between the boring life of a ghost in this world and the terrifying prospect of three-headed hell hounds, final judgment, and eternal torment in the next, Irene sets out to find a third option—preferably one that involves not being dead anymore. Can she wipe the slate clean and get a second chance before it’s too late?

GET IT NOW:
Goodreads | Amazon | Barnes and Noble | Smashwords 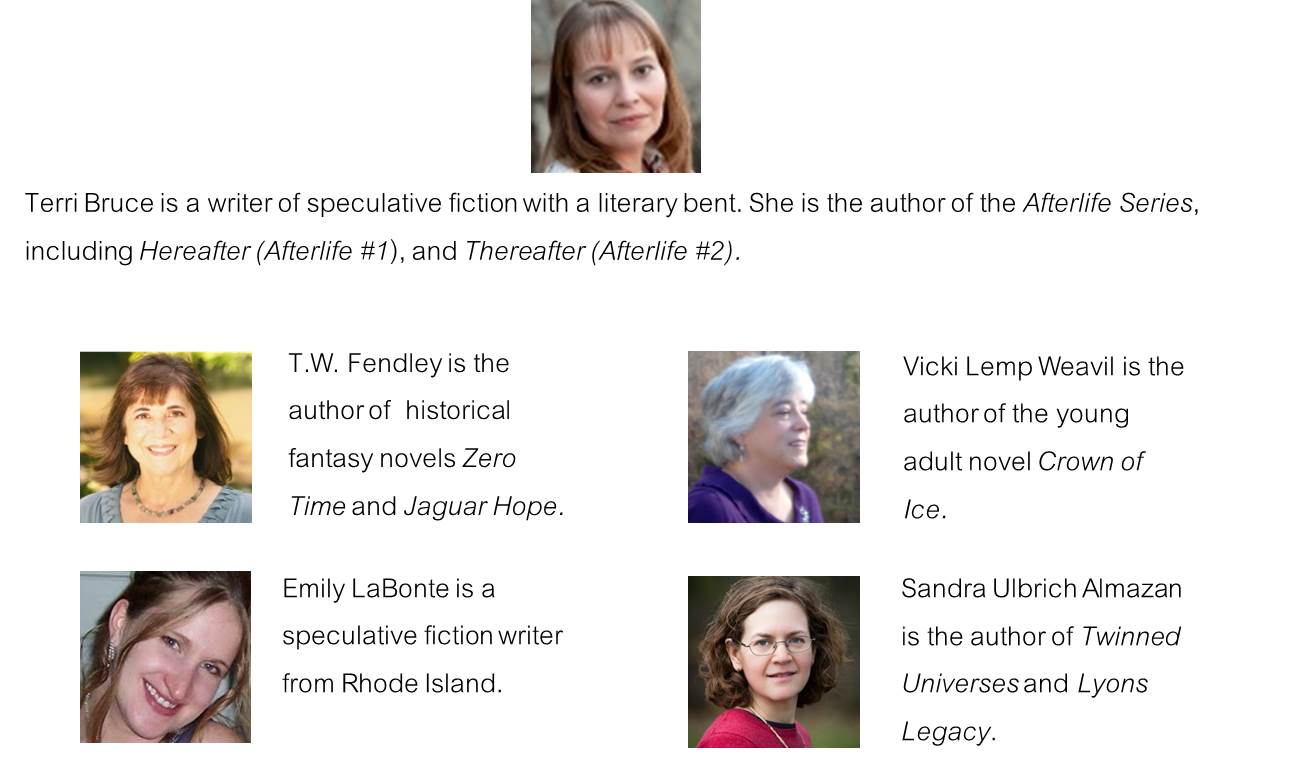